I am very proud to announce the creation of the Octopus Foundation, a Swiss foundation, based in Lausanne, dedicated to oceans’ exploration and knowledge.

With a double research objective in the fields of underwater archaeology and marine biology, the Octopus Foundation wishes to bring to the attention of a broader audience the wonders yet to be discovered by scientists and archeologists alike and the necessity of marine research.

The Octopus Foundation aims at favoring ocean awareness through a channel of operational supports including financial, technological and media benefits with the ultimate goal of better informing the public about the results and discoveries made by marine scientists. 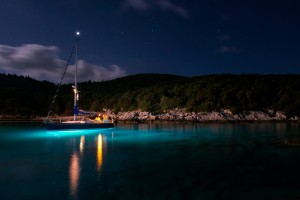 Unlike many other foundations, the Octopus Foundation will not only fund an array of proposed scientific expeditions that will be selected by its science committee, but it will also take an active part in the field thanks to its technology and media production teams.

Aiming at building strong partnerships with international organizations such as the IUCN or the UNESCO and establishing collaborative relationships with active renowned research institutions such as the University of Geneva, the Natural History Museum of Paris, the NOAA or the Hellenic Research Center, the Octopus Foundation will fulfill its mission on the international oceanic scene encompassing commitments to also serve local governments and support national field organizations.

Meeting all the legal and fiscal requirements imposed by the Swiss federal administration, the Octopus Foundation will also look for donations and patronage in order to enhance its philanthropic capabilities and improve its endeavor towards marine knowledge at large.