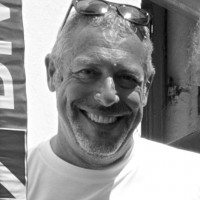 Marine biologist and professional diver, Mr Ariel Fuchs conducted many scientific expeditions before becoming a journalist and a renown underwater photographer. He launched French magazines such as Terre de l’Homme, Mer & Océan and Plongeurs International. He also contributed to many French and international publications as a scientific expert of the underwater world. As a consultant in marine science, he participated in several major international projects that include the Alexandria underwater museum, the extension on the sea of Monaco, and the SeaOrbiter project, an international trans-oceanic station that aims to explore the high sea. Ariel Fuchs is passionate about better informing the public about the seas and oceans. He participates to several think tanks on the sustainable development of the oceans. He is a member of the New York Explorer Club.