The Octopus Foundation acknowledges the amazing work done to help an endangered species, and decided to team up with Daniela Freggi and its center. Medical equipment will be supplied by the Foundation, and a joint surveillance program will be set up in order to track and trace marine turtles in their natural environment. The valuable data will help to explain their seasonal migration and will also help the public better understand the issues related to the difficult conservancy of this particular species.

“The support from the Octopus Foundation is essential to the survival of the center. Our costs are very high, and it is crucial to have the proper equipment to fulfill our role: to diagnose precisely in order to save the turtles of the Mediterranean!”, the director of the clinic explains.

Located about a hundred kilometers away from the African coast, the Mediterranean island of Lampedusa is known as one of the migrant’s main entry point to Europe. Still, for the past 20 years, the Italian island has also been the home of a special hospital that today suffers from tourists’ desertion. Indeed, the foreign visitors have always been the main donators of the “Lampedusa Turtle Rescue”. The unforeseen collateral damage of the migrant crisis may seem ludicrous compared to the human tragedy at play, but it shouldn’t be overlooked. 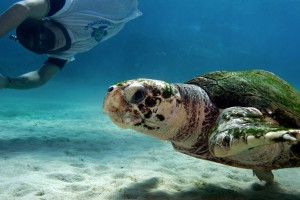 “There are two sides of the Lampedusa coin, explains Julien Pfyffer. First, there is the human tragedy that is often depicted in the media, which is the symbol of our world always more separated by inequalities. Second and unnoticed, there is a group of men and women that dedicate their lives to the conservancy of a species that exists since the dinosaurs (more than 200 million years) and was able to survive massive climate changes. Today, several species of turtles are considered “endangered”. The role of the Octopus Foundation is to bring the public to understand that our future depends on a better understanding of the oceans and its habitants, such as these turtles.”

Daniela Freggi’s clinic performs surgical operations and saves dozens of marine turtles every year. With the help of local fishermen and coastal guards, the organization works around the clock to save this animal so important to the marine ecosystem.

Sharks are the only known predators to the turtles, therefore mankind and its activities have taken a huge toll on the worldwide population of these peaceful creatures. The injured animals that are brought to the clinic in Lampedusa may have a fishing hook stuck somewhere, or fishing lines that prevent them to swim properly. Often, they owe their life to surgeon Antonio Di Bello. “Contrary to what is often believed, plastic bags and fishing hooks are not the main problem,” he explains, before adding that “the turtles are usually capable of expulsing them naturally with their feces without being hurt… The real danger comes from nylon thread, that knots inside the intestine. When that happens, the turtle’s chances of survival are slim”. 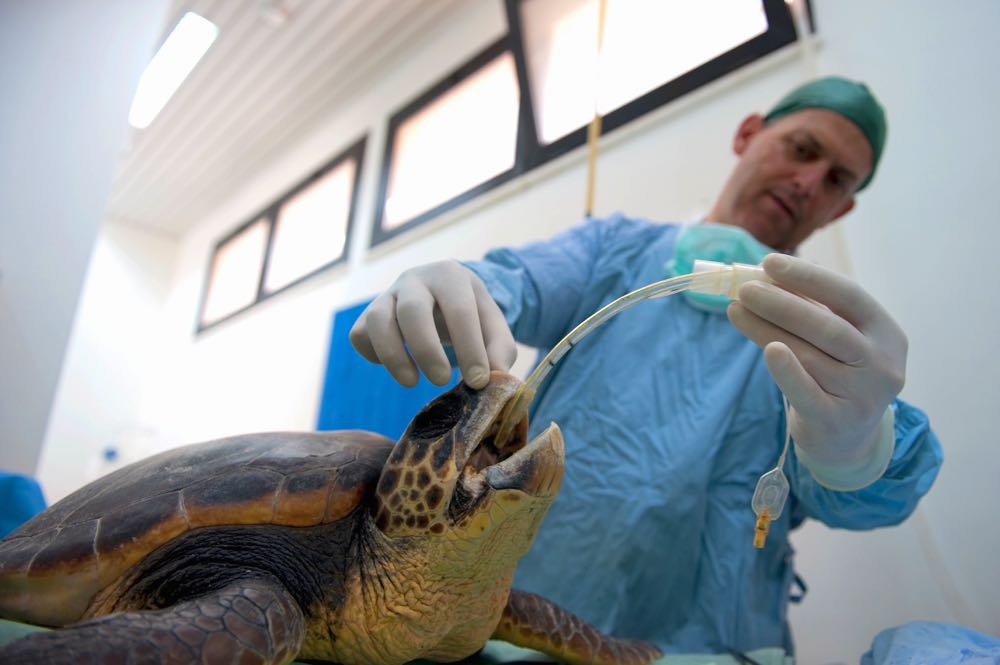 Close to 500 turtles have been tagged by the organization’s people. The collected data helps the crew to develop highly efficient surgical techniques.

The slow disappearance of these prehistorical animals is catastrophic for the marine ecosystem and for mankind because sea turtles are the main predators of jellyfish. “The day the turtles cease to exist in our seas and oceans, we won’t be able to swim anymore because of the invasion of jellyfish. People don’t realize how close we are from this scenario…” regrets Daniela Freggi.

“It’s a tiresome work, and sometimes I feel like I am facing an impossibly large mountain. But still, I keep on hoping a better future awaits us. Today, this future comes by the name of the ‘Octopus Foundation’”, says the marine biologist.