This unbelievable story begins with an encounter. While sailing around the Ionian Islands in Greece in July 2014, the Octopus Foundation crew met with Cédric Georges, the French owner of the Fiskardo-Divers center. Along the conversation, he mentioned the British plane wreck that was shot down by German artillery during the second world war. When he offered to lead us to the underwater site where the remains can still be seen, we knew this was the beginning of a thrilling adventure.

Mapping and scanning of the site

During the summer of 2015, the crew went back with an objective: to further investigate the underwater zone and map the area around the wreck with new technological tools. After a careful delimitation of the study zone, the Foundation’s divers used innovative subsurface and aerial equipment in order to recreate in 3D the seafloor where the plane wreck is. Later, a laser printed model was made and can now be exposed in museum for educational purposes.

Who was the English pilot?

With Cédric Georges’ help, the crew was able to conduct a long lasting investigation that ultimately revealed the pilot’s identity. During the crash, the co-pilot was killed instantly. But Harold Yorke, the pilot, survived. After escaping the sinking of his plane, he was captured by the German troops in Fiskardo, and was deported through Germany during several months. He miraculously survived his ordeal, and he even managed to write his journal on a piece of toilet paper and conserved it the whole time. The members of the Octopus Foundation went all the way to London to meet with his two daughters, and they gave their permission to read the journal of their late father who died in England in 2001. The precious historical document was detailed enough to allow the Octopus Foundation to reconstitute the crash through a video (link) and a comic book (Antoine Bugeon). 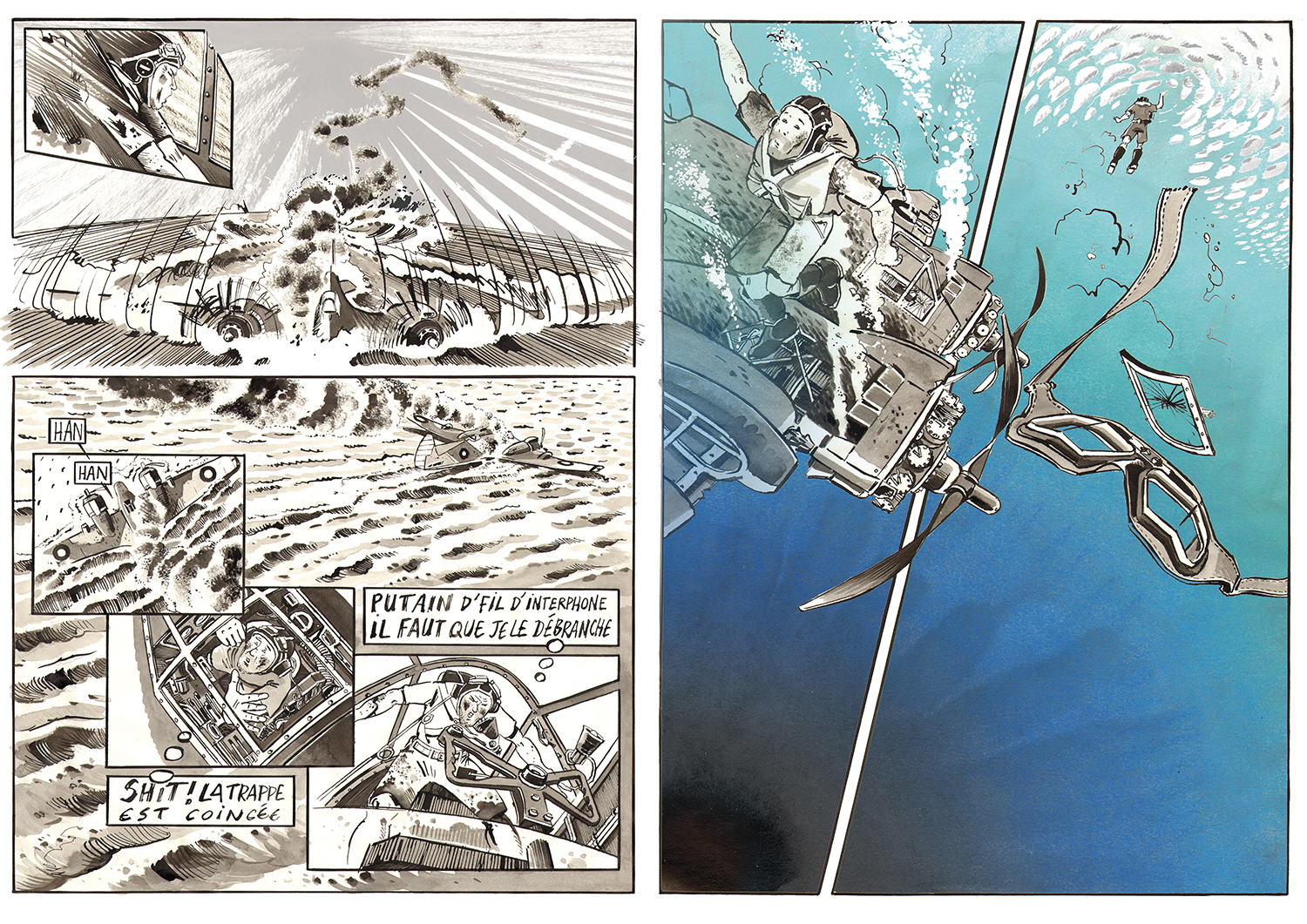 With this project, the Octopus Foundation invites the public to experience an incredible event of the Second World War through the scope of underwater archaeology.